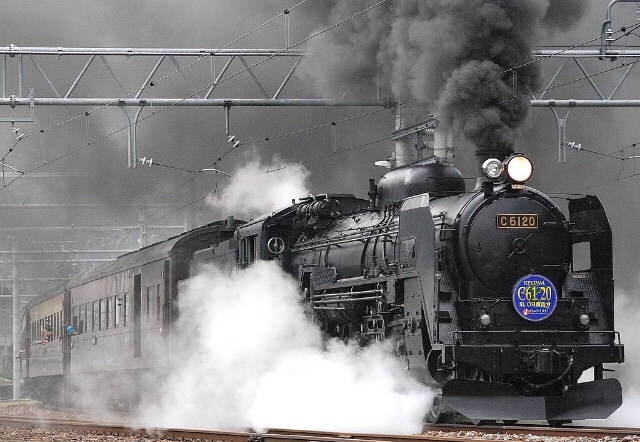 Blog 8: The Train Journey to Varanasi in Utra Pradesh.

Bombays Victoria Terminus of the Great Indian Peninsular Railway, completed in 1888 was one of the finest stations in the world. 96 years later It was here that I booked my one way single ticket to Varanasi.

The journey of 1600Km took almost 2,5 days by steam rail. The engines great belching monoliths of iron & steel dragged an armada of passenger wagons, each compartment for six, equipped with 2 hard shiny wooden benches & 2 more which folds down from the ceiling as beds. Our only luxury a fan attached to the ceiling.

What a simple pleasure as it scooped thick moist air , pungent with body odor and impregnated with 39C of heat over me hour after hour.

It was an initiation as to how a herring must feel while it’s slowly being smoked in an oven.

Opposite me sat a fine Sikh gentleman with an enormous face of hair, his mustache twisted, waxed and immaculately tucked back behind his ears, his beard white as snow flowed down over his small round belly, giving him the unusual look of Father Christmas on holiday in the heat, wearing a turban as a disguise. I later learned that Siks Seldom if ever cut their hair, this belongs to their religion.

Beside me exquisite twins wrapped in saris & hung abundantly with copious amounts of gold jewelry.

Fine chains hung between the earlobes and dainty rings pierced to their noses. Each wrist carried it’s very own fortune in a mass of tinkling golden bracelets. Each finger bore its own treasure chest of ruby sapphire corundum and Emerald.

A few weeks later I would recognize one of the girls in an unforgettable moment which will be shared in the next blog post.

As the final whistle blew, the train gave an earth quake shattering jerk. Two steam engines belched volcanic masses of black hot soot Into Bombay’s already polluted atmosphere. Then a metallic scream as the wheels, metal on metal, were slowly shunted forward by gigantic stainless steel pistons lurching us into the journey and onto another adventure.

As the morning past, ones senses, acclimatized to the clickety-clack movement, the characteristic smell of coal smoke as it regularly wafted through the open and glassless window of the apartment.

A sharp rapping at the door awakened us all from the drowsy meditative repetition of the wheel clacking. “Tickets please, tickets please everybody.” Announced the conductor in at lest four Indian languages & lastly in english.

His progress through the train could be compared to the queen ant ? as it squeezed and wiggled it’s way through this long packed and heaving colony. It was only until the next day that I realized that not only were the coaches a body on body squeeze of humanity but that clinging for dear to the outsides of the train and hanging precariously to the roofs of the coaches were equally as many individuals.

This gave the whole thing surreal look of a living hairy Catapillar of enormous proportion’s huffing and puffing its way across the vast countryside of India.

The days were long and hot, The monotony being broken by the occasional stops along the way. The engines needed to fill up with water and coal, more and more passengers piled board this already living organism of modern day technology. The stillness of the stop gave way too shrieks and laughter, chatter and bartering. Sweet steaming cups of chai came through the windows accompanied by delicious curried meals served on huge Banyan leaves ? .

Cloth and cookies, livestock and jewelry traded swiftly in those few precious minutes of immobility, before again the conductors whistle initiated our further progress.

( to be continued) Liam