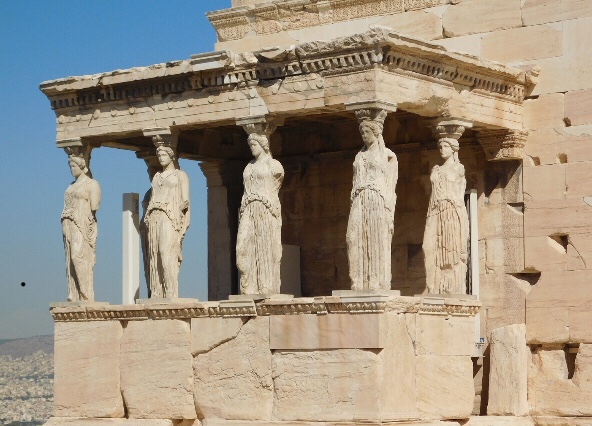 8 Ancient Greek Rules for this Life, We Should Still Follow Today .

(This is a think, take it slowly)

If you’ve ever suffered from anxiety, or even depression, you might find some relief in the ancient philosophy of Stoicism.

Wait: It’s probably not what you think, if you think of stoics as people who hide their emotions you are probably wrong.

A combination of philosophy and psychology is not only practical; it’s an effective way of approaching today’s problems.

For anyone with the tiniest bit of an analytic bent, or those with authentic needs.

1) It’s not events that cause us suffering, but our opinion about events.

The Stoics thought we could transform emotions by understanding how they’re connected to our beliefs and attitudes. Often what causes us suffering is not a particular adverse event, but our opinion about it. We can make a difficult situation much worse by the attitude we bring to it. This doesn’t mean relentlessly “thinking positively”—it simply means being more mindful of how our attitudes and beliefs create our emotional reality.

2) Our opinions are often unconscious, but we can bring them to consciousness by asking ourselves questions.

Socrates said we sleepwalk through life, unaware of how we live and never asking ourselves if our opinions about life are correct or wise. The way to bring unconscious beliefs into consciousness is simply to ask yourself questions:

Why am I feeling this strong emotional reaction?

What interpretation or belief is leading to it? Is that belief definitely true?

Where is the evidence for it?

The Stoics used journals to keep track of their automatic responses and to examine them.

3) We can’t control everything that happens to us, but we can control how we react.

Epictetus, the slave-philosopher, divided all human experience into two domains—things we control, and things we don’t.

We don’t control other people, the weather, the economy, our bodies and health, our reputation, or things in the past and future. The only thing we have complete control over is our beliefs—if we choose to exercise this control. But we often try to exert complete control over something external, and then feel insecure and angry when we fail.

Or we fail to take responsibility for our own thoughts and beliefs, and use the outside world as an alibi. Focusing on what you control is a powerful way to reduce anxiety and assert autonomy in chaotic situations. The Serenity Prayer is a nice encapsulation of this idea.

Every moment of the day, we can choose the perspective we take on life, like a film-director choosing the angle of a shot. One of the exercises the Stoics practiced was called the View From Above:

If you’re feeling stressed by some niggling annoyances, project your imagination into space and imagine the vastness of the universe. From that cosmic perspective, the annoyance doesn’t seem that important anymore—you’ve made a molehill out of a mountain.

Another technique the Stoics used (along with Buddhists and Epicureans) was bringing their attention back to the present moment if they felt they were worrying too much about the future or ruminating over the past.

Seneca told a friend: “What’s the point of dragging up sufferings that are over, of being miserable now because you were miserable then?”

One thing the Stoics got, which a lot of modern philosophy (and religious studies) misses with its focus on theory, is the importance of practice, training, repetition and, in a word, habits.

Because we’re such forgetful creatures, we need to repeat ideas over and over until they become ingrained habits. It might be useful to talk about the Stoic technique of the maxim, how they’d encapsulate their ideas into brief memorizable phrases or proverbs

—“Everything in moderation” or “The best revenge is not to be like that”—which they would repeat to themselves when needed. Stoics also carried around little handbooks with some of their favorite maxims.

Another thing the Stoics got, which modern philosophy often misses, is the idea of fieldwork. One of my favorite quotes from Epictetus is: “We might be fluent in the classroom but drag us out into practice and we’re miserably shipwrecked.”

Seneca said: “The Stoic sees all adversity as training.” Imagine if philosophy also gave us street homework, tailor-made for the habits we’re trying to weaken or strengthen, like practicing asking a girl out, or practicing not gossiping about friends, or practicing being kind to someone every day. Imagine if people didn’t think philosophy was “just talking.”

7) Virtue is sufficient for happiness.

Stoicism wasn’t just a feel-good therapy; it was an ethics, with a specific definition of the good life:

The aim of life for Stoics was living in accordance with virtue. They believed if you found the good life not in externals like wealth or power but in doing the right thing, then you’d always be happy, because doing the right thing is always in your power and never subject to the whims of fortune.

A demanding philosophy, and yet also in some ways true: Doing the right thing is always in our power.

8) We have ethical obligations to our community.

The Stoics pioneered the theory of cosmopolitanism—the idea that we have ethical obligations not just to our friends and family, but to our wider community, and even the community of humanity. Sometimes our obligations might clash—between our friends and our country, or between our government and our conscience. (For example, would we resist the Nazis if we grew up in 1930s Germany?)

Do we really have moral obligations to people on the other side of the world? What about other species, or future generations?